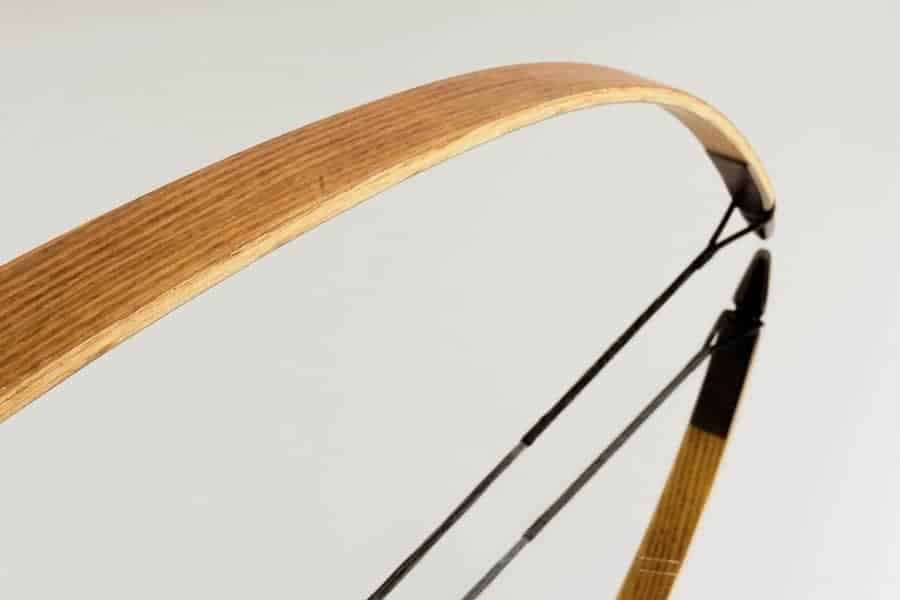 Archery has been around for thousands of years and has gone from being the primary way of getting food to mainly a recreational sport.  But throughout this history, no doubt every archer has dreaded the bowstring snap. I don’t want that to happen to me, so I was asking myself, “Why DO bowstrings break?”

Why a bowstring breaks has to with what it’s made from.  All bowstrings are made out of fibres; modern bow strings are made out of synthetic fibres and traditional bow strings can be made out of natural fibres like sinew.  No matter what the type of fibre, all bow strings break because the fibres have lost their strength and failed.  Whenever you draw the string back, the strands rub against each other and there is a friction force between the individual strands.  This friction force is what causes the strands to begin to fray over time.  The fibres deteriorate by becoming dried out and begin to fray and one by one the fibres all break until the string completely snaps.  The way to avoid this, and also avoid getting injured, is to properly maintain your bowstring.  Apply wax as soon as you see the bowstring beginning to look fuzzy.

Let’s look at this in more detail.

What a bowstring is made of

The main property that a bowstring MUST have is tensile strength.  The basic method to make a bowstring is to twist individual strands of material into a single stronger bowstring.  Historically, the simplest bowstrings were made from animal sinew, rawhide or plant materials like linen or hemp. These naturally occurring materials have a moderately high tensile strength and can stand up well to repeated heavy use.  All bow strings, primitive or modern, are coated in some kind of wax or resin.

Modern bowstrings are made out of synthetic fibres like Dacron.  Materials engineering technology has made it possible to manufacture materials that have very high tensile strengths yet are very lightweight.

For example, Dacron is a material that has about 50 lbs of tensile strength per strand but is relatively stretchy compared to other synthetic materials.  For that reason, it is commonly used for entry level bows. Other synthetics like Vectran and Dyneema have strengths of 70 lbs and 100 lbs per strand and are less stretchy.  They are commonly combined to make a very high strength bow string with just the right amount a stretch and can last for decades.

No matter what the material your bow string is made from, you can make it last longer by properly maintaining it.

When you get a new bow or buy a new string it will be coated in a wax or resin.  There are a couple reasons for that. The wax keeps the fibres together and repels any moisture that could get in and start to break down the fibres over time. 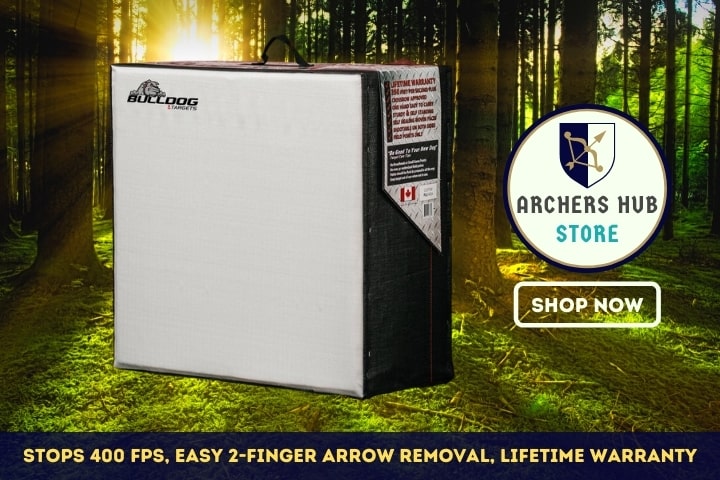 The string is made up of individual strands of material that, when twisted together, make up a string that is much stronger than any single strand alone.  The finished string still has tiny spaces between each strand. If any single strand is isolated, it will be much easier to break. Whenever you draw the string back, the strands rub against each other and there is a friction force between the individual strands.  This friction force is what causes the strands to begin to fray over time.

When bowstring wax is applied to strands the wax gets into the space between the strands and provides lubrication so the strands can move with drastically reduced friction.  Reduced friction means less fraying.

When water gets into the spaces between the strands it will usually bring tiny particles that will increase the friction between the strands and speed up the fraying process.  As the water evaporates it leaves the spaces empty and wide open to any kind of dirt or other particles to get in and further deteriorate the string.  The wax repels any water or excess moisture and helps to prevent fraying.

How to maintain your bowstring

Everything lasts longer when properly cared for.  This is no different for bow strings. Keeping in mind what bowstrings are made from and how they are made, we can see that we should try to keep the string in its as-built condition as long as possible.

For recurve bows, an additional step is to always unstring your bow when you are finished shooting.  This will remove the stress from the bowstring and allow the strands to “rest” in between shooting sessions and will help to prolong the life of your bow string.  It also removes the stress from the limbs but that’s another topic.

You’ll also want to inspect the string nock at either tip of the bow.  This is a common point that gets neglected during a normal inspection, but it’s also a point of friction between the bow and the string.  Apply some wax here to reduce friction and prolong bow string life.

With this simple and quick maintenance routine, you can ensure your string will last as long as possible:

Signs your bow string will break

I’ve explained what bowstrings are made from, how they are made and the mechanism that causes the string to break.  Since you probably want to avoid this at all costs, you’ll want to know what signs to look for.

When your string is new, it looks smooth and, well, waxy; kind of like dental floss.  When you touch the string, it should feel tacky.  These are signs that there is enough wax on the string.

Over time and with lots of use the string will start to look fuzzy.  When you touch the string and run your fingers along it, the string will feel dry and rough.  These are signs that the string is beginning to fray and needs some wax applied. You should apply a coating a wax as soon as you see the fuzzy stuff appear.

For recurve bows, you’ll want to inspect the string nock at either tip of the bow.  Over time the loops will rub against the nock and fray the string.  When I was brand new to archery, this is where my first bowstring broke.  Thankfully I wasn’t shooting it when it broke; I just noticed the string was almost fray completely through and I pulled it apart.  I bought a new string right away.

If you neglect your string and allow the fuzzy stuff to increase, you will notice that eventually, individual strands may break.  At that point, you have a damaged bowstring and you should replace it.  If you let it go on too long, there will be less and fewer strands carrying the tensile stress from the bow and normal shooting and then your string will snap.

What to do if you bow string does break

This is what you want to avoid at all costs.  Unfortunately, even with proper maintenance, there are some very rare cases where the string will break from poor string fabrication.  In any case, the main concern is to protect yourself from injury.

The best approach is to assume your string will break one day and take steps to protect yourself.  You should always wear the basic protective equipment when shooting your bow. Using proper eye protection is necessary to prevent eye injuries.

If yous bow string does break, once you’ve recovered, make sure you’re alright and check for any injuries.

Once you’re sure you’re alright, inspect your bow and string.  Look to see if there is any visible damage to the bow.  Next, inspect your string to identify where the string broke.  You should be able to see if it was a clean break (suggesting poor materials) or if it was a gradual strand-by-strand break.  Your goal here is to try and identify why the string broke so that you can pay particular attention to that problem with your next bowstring.

You should take your bow to your local pro shop to make sure it’s safe to shoot with a new string.

You should never dry fire a bow; neither recurve not compound.  When you draw the string back, all the energy stored up in the limbs and string has to go somewhere.  When you have an arrow nocked, the energy gets transferred into the arrow as kinetic energy.  If there is no arrow, the energy gets violently absorbed into the bow and your hand, arm, etc.  This energy will rapidly decrease the life of your bow and potentially result in catastrophic failure of the bow during shooting and causing injury to you and/or the people around you.

THE BEST TARGET YOU’LL EVER BUY 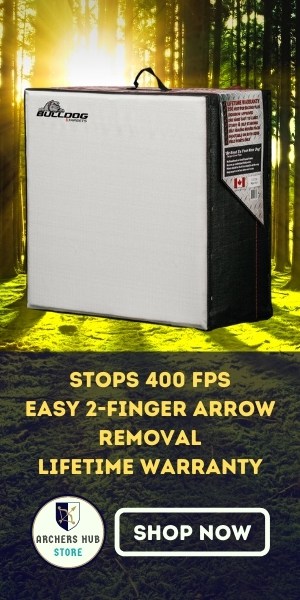 A perfect beginners recurve at a full-sized 62 for realistic preparation for a heavier recurve.